HISTORY – GOOD FOOD – OUTDOOR SPORTS
Passion for nature!
Find out what to visit and what Apecchio has to offer..

A place of history…

…The name of the estate “Le ciocche” comes from the agglomeration of cobbled buildings and scattered in the farmland. The most important building, for historical purposes, is the small chapel located on the side of the road, dating from around 1500. 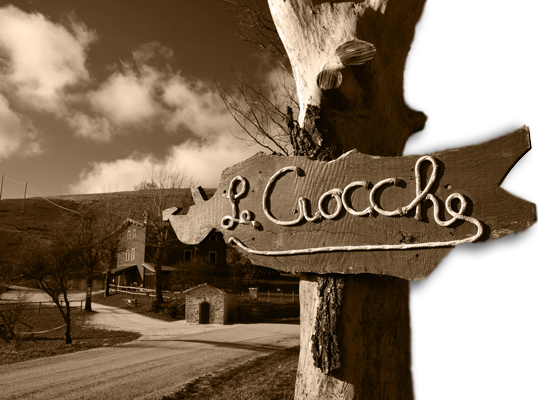 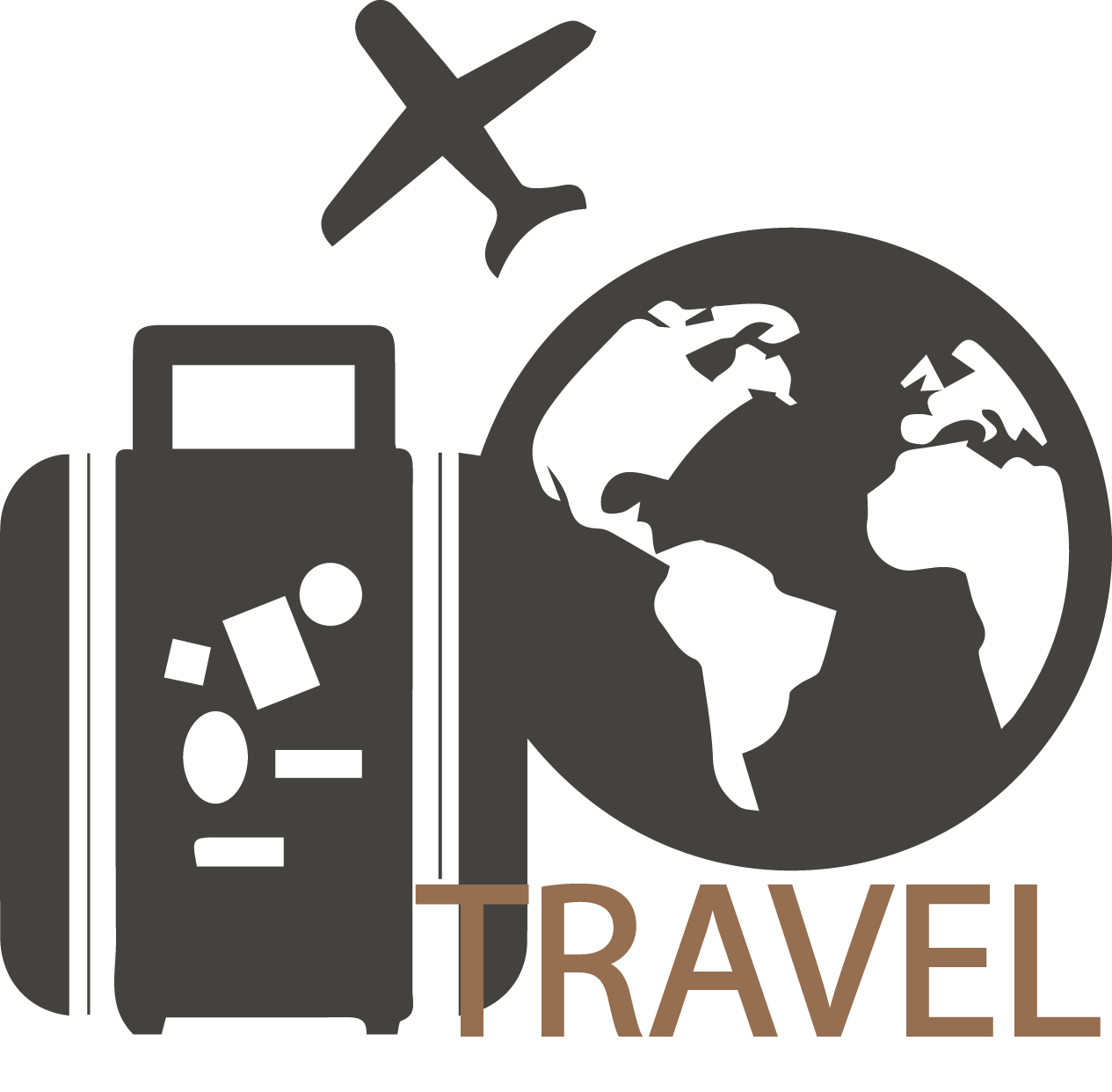 We are located in Apecchio, a characteristic village in the Umbrian-Marche Apennines, in Montefeltro’s historic lands, a territory straddling the Marche region of Umbria and Tuscany.
Surrounded by woods, valleys, meadows and streams of crystalline mineral and sulphurous water, all seasoned with a healthy climate, dry in winter and warm in summer.
Apecchio is located about 460 meters above sea level, but its territory extends from a minimum of 360 m asl to a maximum of 1525 m asl of Monte Nerone peak.

This area of the inland of the province of Pesaro and Urbino is known for the presence of the famous “white truffle”, a very prolific tuber in this area.

Are you an excursion lover?

Many well-marked hiking trails are waiting for you!

A diversified network of trails designs a territory with evocative landscape where it is possible and it is not rare to see the typical Apennine wildlife (squirrels, cevi, roe deer, porcupines, hares, wild boars, wolves, golden eagles, hawks, etc.).

From the farmhouse you can enjoy a wonderful view of Monte Nerone (1526 m asl ), a few km away, in which it is possible to practice winter sports such as skiing and snowboarding and for summer time plenty picnic areas, hiking trails, canyoning and climbing in most of the surrounding area.

At just 70 km you will be able to reach the Adriatic Sea (Fano and Pesaro), and a few more kilometers you can go to the beautiful beach of Numana and Monte Conero.

If you are interested in a “Stay of taste”..

eand you are looking for typical festivals; the right time is autumn, in fact, in this period typical villages come to life. Among the most important festivals is the “Mostra mercato del tartufo” white truffle market exhibition of Appechio with its “Cantine” where it is possible to delight the palate with local craft beers, truffles and lots of good live music; truffle market exhibition of Acqualagna and Sant’angelo in Vado with its motorcycle rally.

Country house Le Ciocche is located in an area of about 40 hectares of meadows and woods at 650m above sea level, just 3 km from Apecchio (PU).

Apecchio, land of history, a place of meeting of different civilizations that have left their testimony in these places over the time course. Old ruins show us the passage of Umbrian, Etruscan, Roman and Celtic settlements, up to the Ulbadini Counts domain who ruled these lands from the 1400s to 1752, which left us with monuments that preserve important works of art.

Worthy of note is the collection of fossils, where there are exposed very rare finds with very important historical caliber. 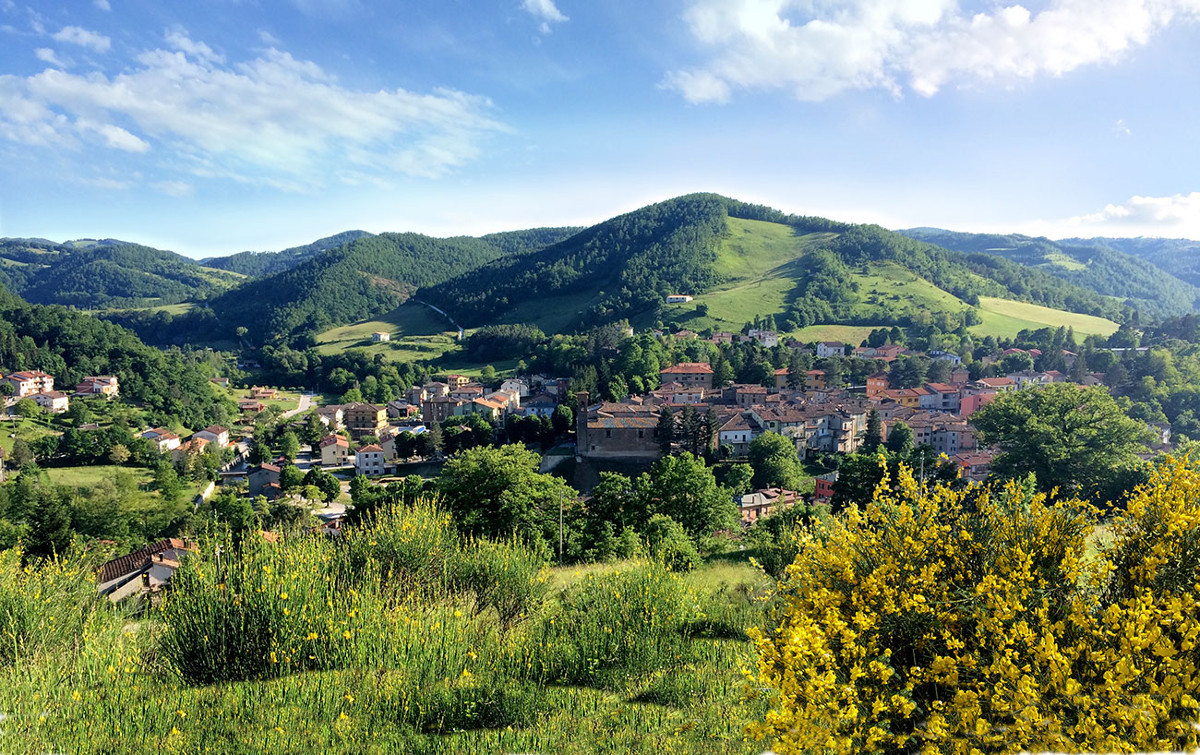 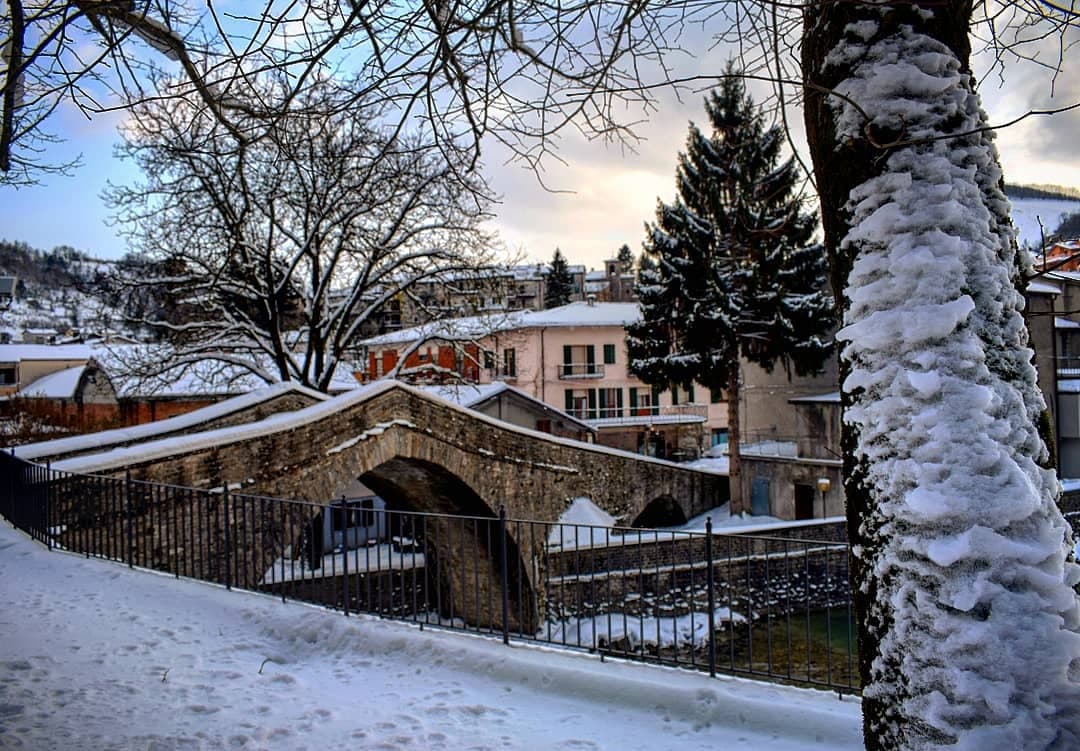 Nice village in the Marche inland, where it is possible to visit several monuments left by the Ubaldini Counts, one of those buildings is a project by Francesco di Giorgio Martini in the 400.
What to visit:
Living Apecchio: Discover what to do and what to visit

Nice village in the Marche inland, where it is possible to visit several monuments left by the Ubaldini Counts, one of those buildings is a project by Francesco di Giorgio Martini in the 400.
What to visit:
Living Apecchio: Discover what to do and what to visit 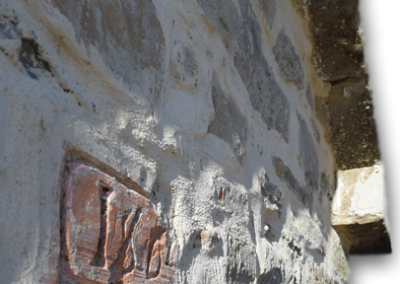 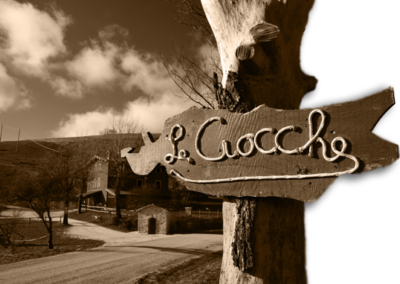 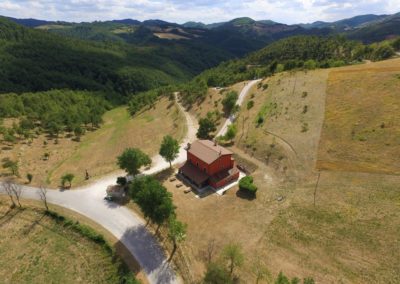 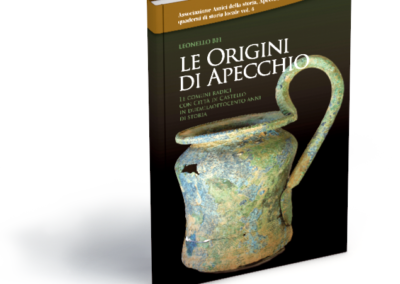 “Based on the oral story by Leonello Bei about the “Le Ciocche” farm house and church“.

…The Ciocche were born from the wishes of a local nobleman, a certain Colombina, , it was she who built the house and the church of the historical farm complex dating back to 1800.

The oldest part of the complex “Le Ciocche” is the chapel located at the entrance of the farm (now a country house).
The chapel is the guardian of a well-known story to the inhabitants of Apecchio; the story of Achille Bei who in the 1800’s got lost in the woods. Taken from dejection and despair he made a vow to Our Lady of Ciocche that if he could find his way home, he would donate a statue of the Virgin to the chapel (along the road) located at the entrance of the farm “Le Ciocche“, to give thanks for the divine help received.

The votive chapel shows on a brick placed above the entrance, dating 1860 (date of a restoration); we could probably date the chapel to 1500 thanks to the data provided by L. Bei,who has compiled a historical research on the important roads connecting the place.

The chapel was built for travelers who passed through the street, which in ancient times passed in front of it, going to “Fosso del Gatto” (in front of the chapel, at the floor of the valley).
From “Fosso del Gatto” was an ancient connecting road built at the Roman times that leaded to Cantiano. This road is one of the oldest connecting roads in the area with 2000 years of history (in some areas some parts are still visible).

This church is one of the many spreads around the area, they were built along with the inns and refreshment points, just to give comfort to the many travelers and pilgrims who traveled the area of the Apennines at that time.

Brief citation from the book “The origins of Apecchio“:

“…The ancient road continued in the direction of Pietralunga (PG) up to the intersection with the “FOSSO DEL GATTO”; here it began to climb, flanking the stream, passing nearby “Chi Taviani” and “LE CIOCCHE” and passing under “Pian dei Santi”. In the two hills above, there was the San Bartolomeo church on one side and a watchtower on the other; today both non-existent but the places have kept the names of “Col del castello” and “Colle di san Bartolo”.

From here it descended to “Val di Caselle” and continued to the church of Saints Quirico and Giuditta di Caselle.

This church had a special dignity, in fact it was the only one among the 34 -who were part of the Piviere di Apecchio– that did not depend on the archpriest of the parish and made account of its administration directly to the bishop of Città di Castello.

We are in the territory of the ancient Casilates tribe; in this area have come to light both Umbrian and Roman archaeological finds of considerable importance. From there we proceeded to “Salceto” and “Fonte Somma”: this was a copious source that flowing fresh clear and abundant water allowed shrimp and fish breeding. Shortly after it, we made the way to the “Guardate“, the name perhaps calls a guard post; then we arrived at the pass in the locality of “Chi Luzzi”: here we observe findings of very rich Roman tombs, which occurred around 1920, containing ceramic and bronze vases.

On the opposite side, on the top of a hill was the “Vergonzana” castle; from a research done by Paolo Rinolfi, it turns out to be called Urgonzana, that is, Terra di Ugone. Such Ugone, noble Franco, perhaps one of the Comites, comrades ofCharlemagne, left a nobility so important to that place that Ottaviano Ubaldini, in 1400, used to sign “Count of Mercatello,Apecchio, La Carda and Vergonzana“; with all the places he owned, mentioning Vergonzana gave him a special dignity that we cannot know today.

Between the two structures just described it is still visible a ruin that could be the Scrofea Ospedale. The “ospedali” (plural ofospedale, meaning hospitals) of the time were considered places of hospitality for the night; the travelers stopped to sleep in safety, they let the horses rest and if necessary, they could buy supplies to continue their journey. Specifically, the name “Scrofea” suggests that it was a pig farm, so the pilgrim could buy sausages or the pig alive to take during the trip. These structures were located outside the built-up areas because, when epidemics broke out, the sick people would gather there to contain the disease. In this regard, the “Madonna della Vita of Apecchio” Hospital, located where the “Madonnadella Vita” Sanctuary stands, has been well documented since 1200 and it was also outside the castle walls.

The territory of archaeological finds..

From the Vergonzana pass the road continued downhill halfway up the coast to “Coldifiore” and then went in direction to “Chi Martinelli”; This is a beautiful medieval village with two towers that faced the castle of “Valbuscosa“, owned by Giuseppe Ubaldini in 1400. He then passed to “San Florido” (today San Fiordo), to get to “Colle dell’Antico”; here there was a confraternity that also assisted travelers.

From there the dirt road, used until a few decades ago, continued in direction to “Cai Serra”, but before you reach it, take a path that goes down through the woods towards the Giordano river; here you are amazed when, suddenly, begins a stretch of about 300 meters of the ancient Umbrian road, paved with huge blocks of stone. At the bottom, near the stream, continuing to follow the paved, we even find the junction that on one side went toCastelfranco, Pietralunga, Le Carpini, Montone and returned to the Tiberina Valley to Umbertide (Fracta Filiorum Uberti) and the other side continued to La Ferraia, an ancient station where it could horseshoeing. The road continued towards La Pievarella, Cai Marini and Vilano from which, downhill, we arrived at the beautiful Pieve di San Crescentino; so, we came to Cantiano and Chiaserna, on the consular Flaminia. We know for certain that this road was traveled in 1126 by Sant’Ubaldo di Gubbio. In that year his fellow citizens wanted to name him the city bishop, but he, by excess of modesty and humility, escaped taking refuge in the  San Bartolomeo Hermitage between the two parts. To reach this hermitage the Saint arrived at Coldifiore, from where he turned towards to Acquapartita and Serravalle, to descend before the outlet of La Valle, inside the gorge of Fosso dell’Eremita and then disappear into the thousand cavities present in the area.  Even nowday, in Pian di Molino, where is the cave of Sant’Ubaldo, on the day of his festivity masses are celebrated and his statue is carried in procession with great people participation.

Along this path, at the level of Pianello, slightly off-road from the main road, there was the ancient Benedictine abbey of San Pietro di Massa. Also built on the ruins of a pagan temple, over time it maintained considerable importance and conspicuous assets…”

From the book:
“The origins of Appecchio“. The common roots with “Città di Castello” in 2800 years of history.
by Leonello Bei. 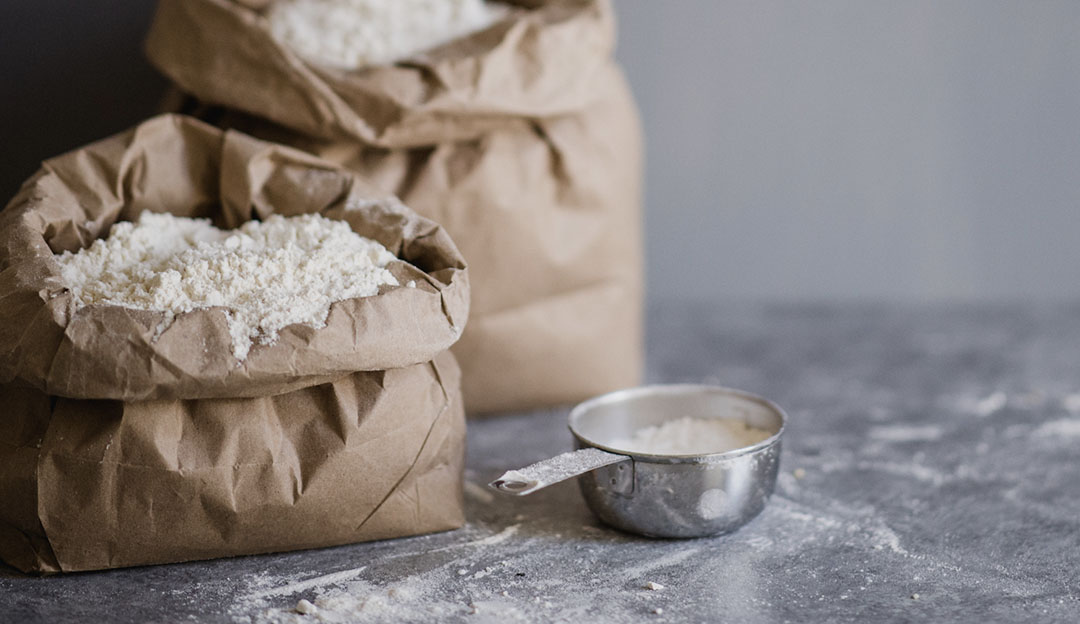 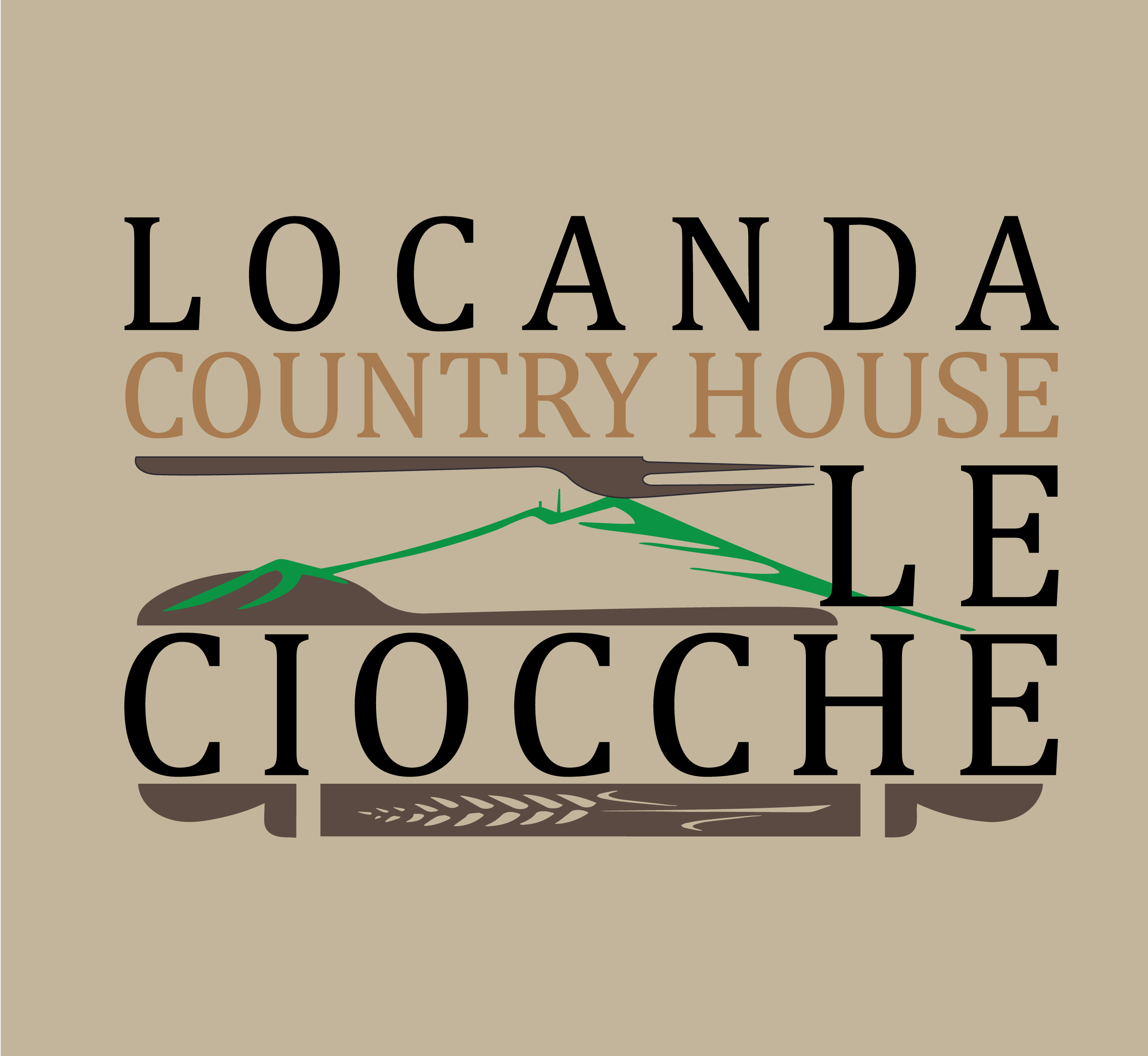